On December 7, 1941, when the Japanese attacked the American Naval Base in Pearl Harbor, Hawaii, thousands of Americans were killed or wounded in an attack that led Congress to declare war on Japan the next day. All eight battleships of the U.S. Pacific Fleet were sunk or badly damaged in the attacks, including the USS Oklahoma.

As the 21st century dawned, the USS Oklahoma was the only ship without a memorial to honor the 429 sailors and marines killed during the attack. After years of campaigning and fundraising, both funding and a site on Ford Island, near where the USS Oklahoma was destroyed, was secured.

The design concept was derived from the US Navy tradition of “manning the rails.” When a navy ship comes home to its port after deployment, the crew lines the deck of the ship, standing at attention in dress whites. In keeping with this tradition, the design includes 429 seven-foot tall white granite standards, each with the name and rank for every lost warrior. The gray/black granite represents the hull of the ship and the white standards represent the sailors coming home for the final time. The standards are shoulder width apart and placed in rows that allow the visitors to walk among them.

The USS Oklahoma Memorial was dedicated on December 7, 2007. 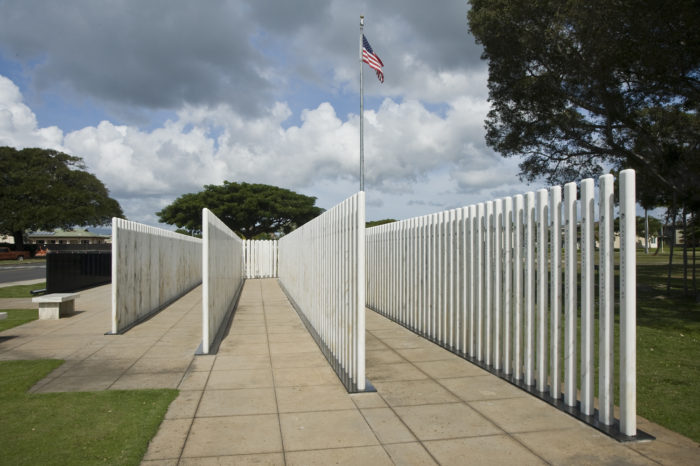 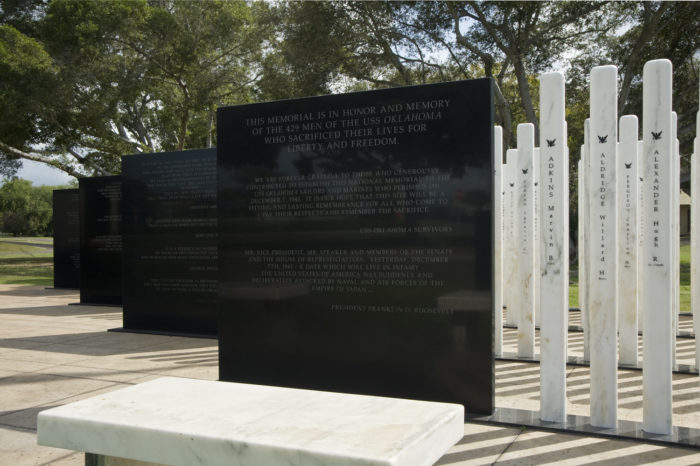 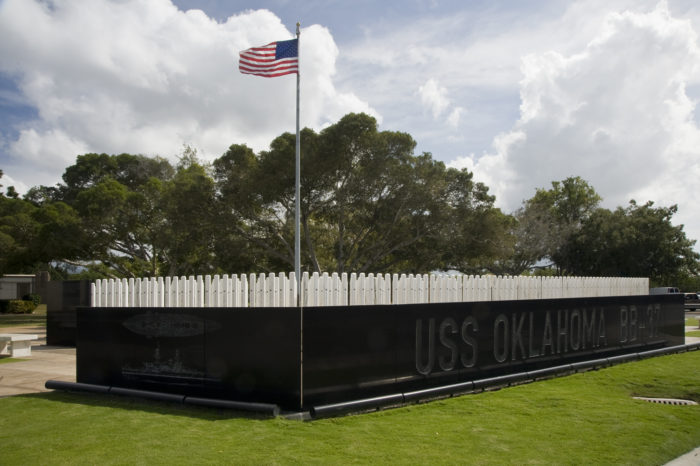 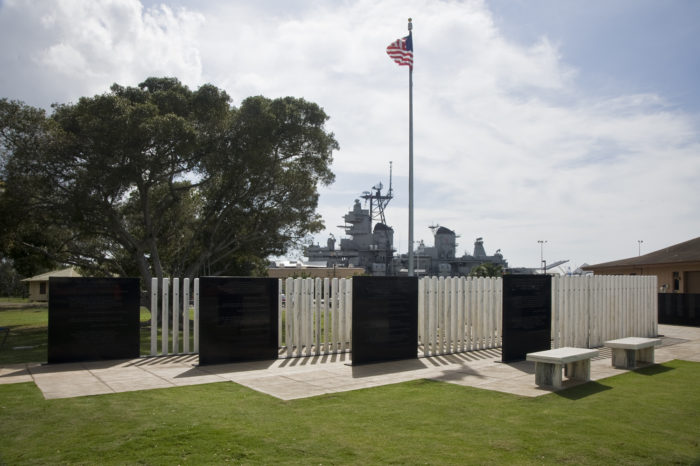 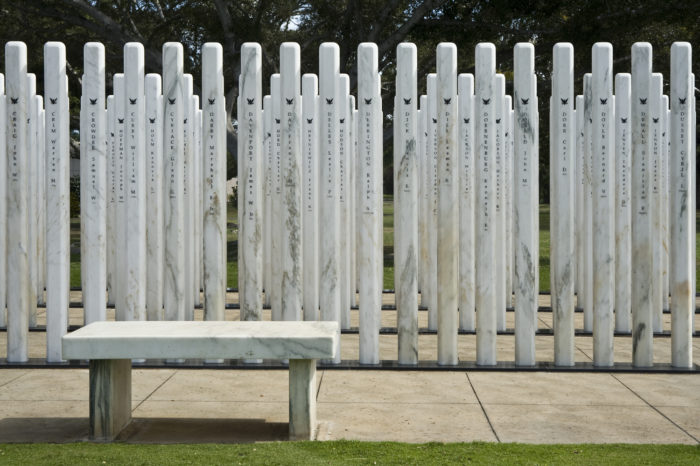 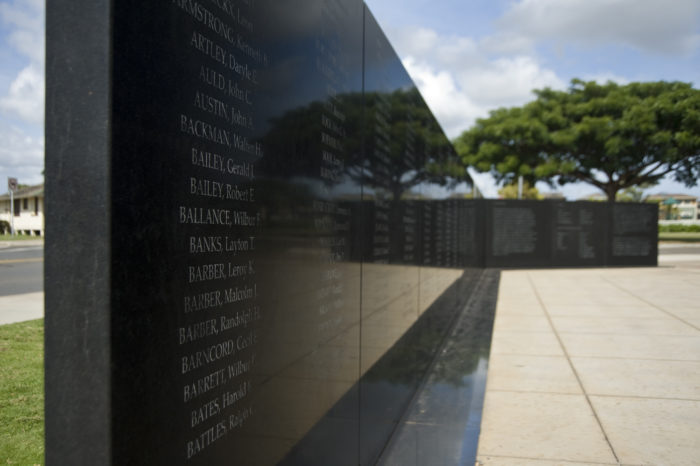 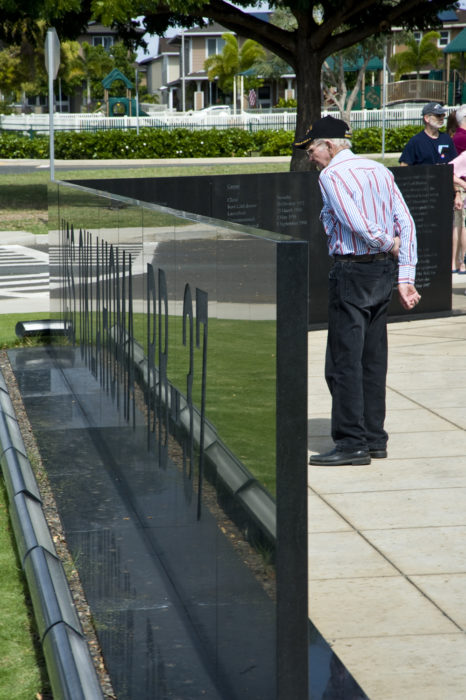