MoPOP
The Museum of Popular Culture

MoPOP is a building unlike any other in the world. The $90 million,140,000 square foot museum is a Jimi Hendrix-inspired museum and cultural center whose goal is “celebrating creativity and innovation through American popular music and culture”. Designed by Frank Gehry, MoPOP is located near the base of the Space Needle at the Seattle Center.

Wallace Engineering worked with the architects and the skin fabricator to design the skin system and its attachment to the building structure. Load testing of the proposed connections was performed to determine accurate capacities. The twisting, rolling exterior of the building consists of over 180,000 square feet of weatherscreen skin, ranging from gold stainless steel to electric-blue painted aluminum. The building is constructed of over 21,000 aluminum and stainless steel shingles and 280 steel ribs. If its 400 tons of structural steel were stretched into the lightest banjo string, it would extend one-fourth of the way to Venus.

The building profile was designed using CATIA, a computer-generation system originally developed for French fighter jet design. CATIA was used to generate contour maps and three-dimension models of the numerous surfaces of the $10 million skin system.

The framing system is aluminum and the skin is a mix of aluminum, stainless steel and titanium. The building was built from a computer model using the CATIA software system. Consultants and contractors were supplied with a three dimensional model of the building and all information were extracted from the model. The roof was analyzed using a topographic map generated from the model to calculate the design snow drifts. The building faces onto Puget Sound and is in a zone 3 seismic region. 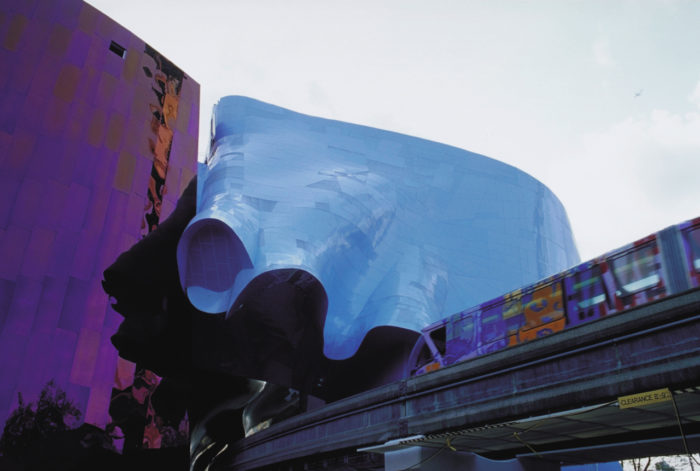 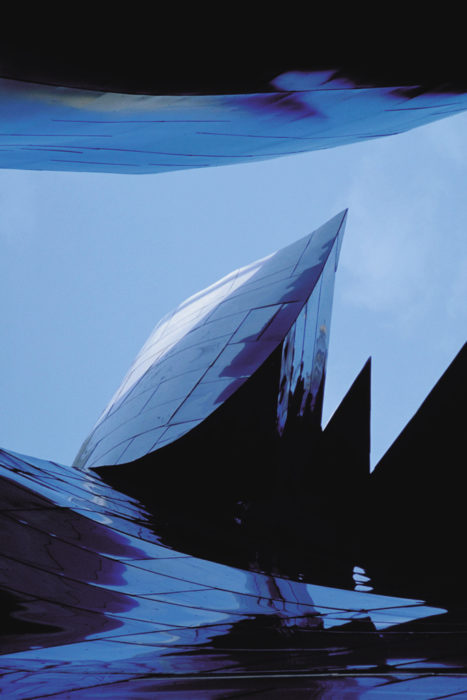 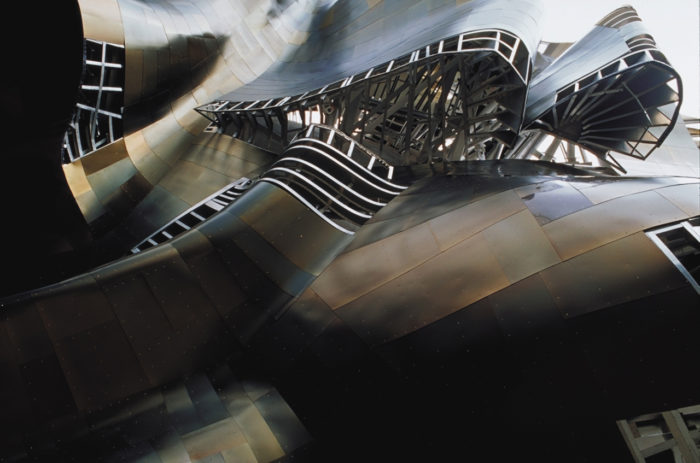 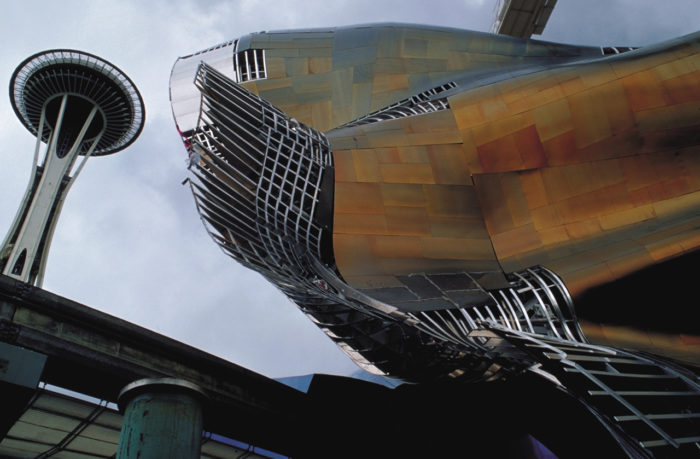 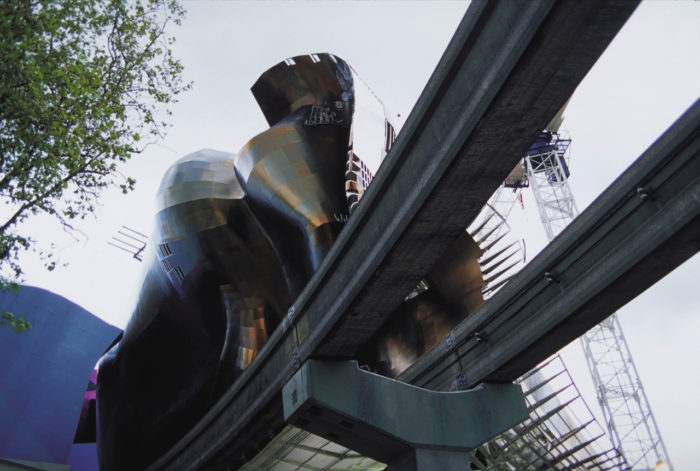 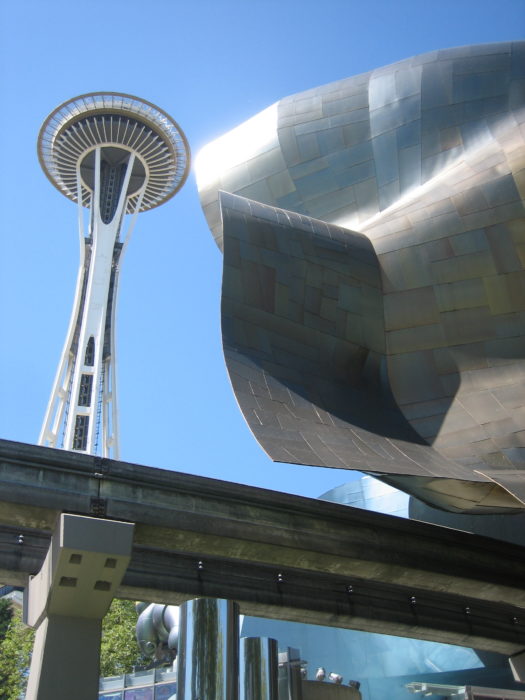