A while back I was perusing articles about the physical office spaces and campuses of “way out there” companies like Facebook, Apple, Google and Amazon.  The environments and resulting atmosphere they were creating for their employees sounded really cool, were completely over the top, and were definitely aiming for a “Wow” factor:

The new campus Facebook is building on the outskirts of Menlo Park, CA, will feature what one commentator is calling “Zucker Burg”.  The social media giant is building a community just for employees, complete with a Main Street with gourmet eateries and handpicked shops.

Apple’s new campus in Cupertino, CA will be shaped like a spaceship, have an onsite power plant and is being touted as being environmentally sustainable.  The plans say that campus amenities will include a fitness center and a corporate auditorium seating 1,000 people.

In Mountain View, CA, Google is creating a Googleplex which will have sufficient natural lighting for artificial lights to be dimmed or turned off.  Employees can use the roof on a couple of the nine buildings, and the whole campus will be connected by an elevated bicycle loop.

Amazon, meanwhile, has plans for a giant glass and steel domed structure in Seattle that will be large enough for full grown trees.  And while we don’t yet know as much about it, we can see from the renderings it will be pretty spectacular.

A quick check online shows that Facebook has nearly 5,000 employees, Google has over 40,000, Apple claims 70,000, and Amazon has in excess of 80,000.  Most companies can’t compete with the offerings that entities of this size provide to their employees, so those of us working for smaller firms are doomed to live with office-habitat envy, right?

Wrong.  I can’t think of a campus and neighborhood where I’d rather be.  Whether by design or by luck, Wallace’s headquarters in Tulsa is as exciting and wonderful to work in as any of the ones I’ve described above.  Maybe more so since it wasn’t a planned development and has a more organically grown feel to it.

While the neighborhood wasn’t much to talk about when we first moved in to our 1920’s warehouse space, the building itself was.  We have that natural lighting that Google is searching for.  See our west wall with nothing but windows, and the large windows that surround the north and east walls?  Light pours in like the building is a cathedral to Good Design.

We have an enviable rooftop space, where we play bocce ball, enjoy Friday fireworks from the nearby ball park, have quiet lunches, and gather for occasional after work socials.  Will Google’s roof top café be much better?  Maybe we don’t have multiple buildings between which you can ride on an elevated bicycle path, but we do have a bike rack – complete with bikes! – in the lobby.  Hop on and take a ride through the Brady Arts District that has become a shopping, eating and entertainment mecca.  Zucker Burg can’t compete with the entire neighborhood of museums, music venues, restaurants, and retail shops readily available to Wallace employees

Our lobby doesn’t hold any trees like Amazon’s domes, but what we do have is an urban park across the street.  Guthrie Green, with its tree lined paths, multiple water features, stage, pavilion, and large lawn, creates a space for quiet reflection or a multitude of entertainment and health pursuits.  You haven’t seen cool until you have seen 100 or so people in a yoga pose as the sun sets on a green expanse.  I don’t know how many people will fit on the lawn.  Maybe not 1,000, but search Guthrie Green online and tell me Apple’s auditorium is cooler than the activities offered there.

And while we don’t have a power plant, we do have geothermal heating and air-conditioning from wells under our parking lot, and it’s fun to brag that we were among the first in town to do so.

Granted, I did some cherry picking in my comparisons.  But as I compare our Tulsa headquarters building and its neighborhood with others, I can’t find a thing to be envious about.  You can take the Facebook approach and build a faux Main Street, or do what we’ve done and help build a community. 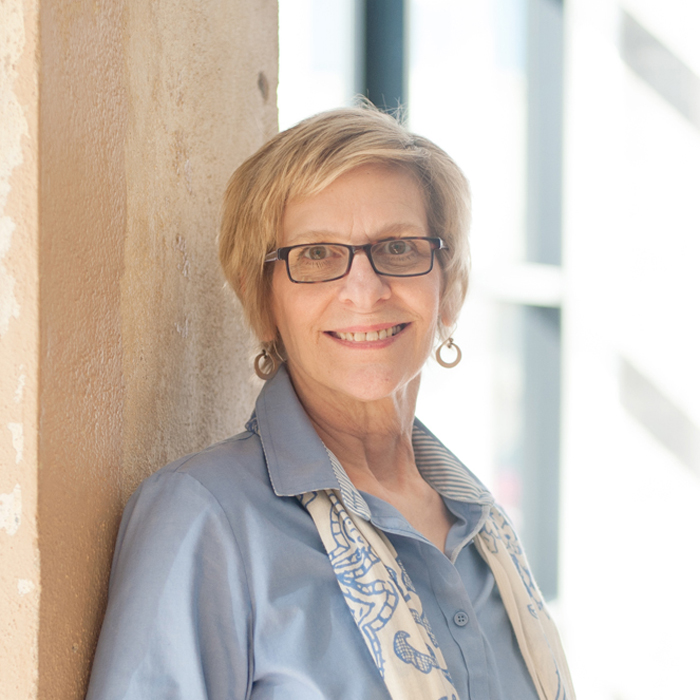