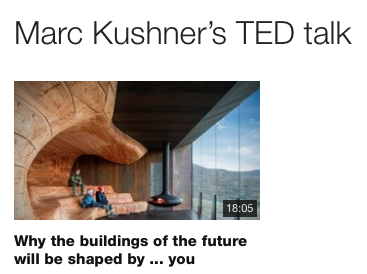 End of History of Architecture…?

I recently was lucky enough to get on one of those newer Delta planes that have monitors built into the back of the head rests. It’s the new system that has games, movies, tv shows, and…TED Talks! You can imagine my surprise when I came across ‘TED: Why the Buildings of the future will be shaped by…you’ by Marc Kushner. Hell yes, I clicked on it! That was 18 minutes of a flight I quite enjoyed. If you haven’t seen it yet, I highly recommend it. Watch it. It was very thought-provoking so I thought I would share my synopsis of what I took away from the talk…

Marc describes how architecture around us usually mimics shapes and customs of the past, and we’ve grown accustomed to associating certain thoughts or feelings about architecture based on these images. For instance, stately columns and brick/stone facades are used for banks, government institutions, libraries, etc. These mimic past buildings such as the Parthenon which stand for strength, knowledge and leadership. But who says a library can’t be a cantilevered, stacked set of geometric glass and steel forms – like the Seattle Public Library.

Throughout history there have been many notable architects and designers that divert from traditional forms but it seems that many owners still fall back into repetition of shapes that consciously, or sub-consciously, give them a certain feeling. But, as of a few years ago, and as we continue through the future, we will forever be changed by connectivity, accessibility of communication and social media. Marc pointed out that people now have more interaction and experiences with architecture through these technologies. We can now model a building, show it to the public, and share it on facebook and two years before it’s built everyone’s talked about it and had time to digest it and accept it for what it is. And we are able pull so many examples of different shapes and forms from all over the globe, that there are no barriers for the “norm” any longer. Thus, Marc stated, we are now embarking on the “end of the History of Architecture”. No longer will there be a need to refer to the past for icons that make us feel certain ways, instead, we integrate architecture as part of us and celebrate the abundance of experiences that are so readily accessible.

As Marc notes – not only has digital media changed the relationships between us, but it’s created architecture that no longer reflects our society, it shapes it. Thank gosh for that, because no one wants to repeat another decade of Brutalism. 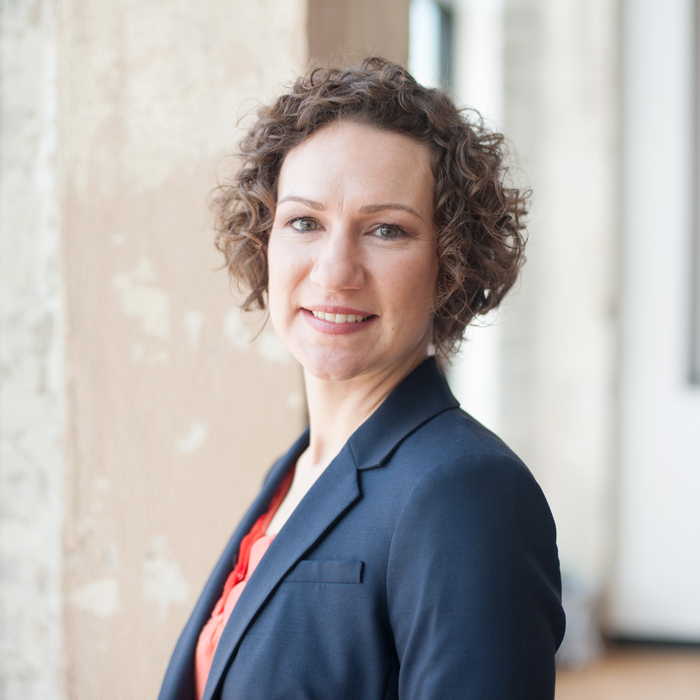